A Vision For You – Courtesy of the Alcoholics Anonymous Book

A Vision For You – Courtesy of the Alcoholics Anonymous Book 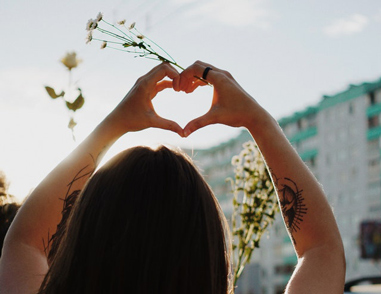 For most normal folks, drinking (using) means conviviality, companionship and colorful imagination. It means release from care, boredom and worry. It is joyous intimacy with friends and a feeling that life is good. But not so with us in those last days of heavy drinking (using). The old pleasures were gone. They were but memories. Never could we recapture the great moments of the past. There was an insistent yearning to enjoy life as we once did and a heartbreaking obsession that some new miracle of control would enable us to do it. There was always one more attempt – and one more failure.

The less people tolerated us, the more we withdrew from society, from life itself. As we became subjects of King Alcohol (Drugs), shivering denizens of his mad realm, the chilling vapor that is loneliness settled down. It thickened, ever becoming blacker. Some of us sought out sordid places, hoping to find understanding companionship and approval. Momentarily we did – then would come oblivion and the awful awakening to face the hideous Four Horsemen – Terror, Bewilderment, Frustration, Despair. Unhappy drinkers (users) who read this page will understand!

Now and then a serious drinker, being dry at the moment says, “I don’t miss it at all. Feel better. Work better. Having a better time.” As ex-problem drinkers (users), we smile at such a sally. We know our friend is like a boy whistling in the dark to keep up his spirits. He fools himself. Inwardly he would give anything to take a half a dozen drinks (pills, shots, lines, etc.) and get away with them. He will presently try the old game again, for he isn’t happy about his sobriety. He cannot picture life without alcohol (drugs). Some day he will be unable to imagine life with alcohol (drugs) or without it. Then he will know loneliness such as few do. He will be at the jumping-off place. He will wish for the end.

For me it was at this point that I was willing to work a spiritual program of action that saved my life – the 12 Steps. As it goes on to say in Chapter 11:

We have shown you how we got out from under. You say, “Yes, I’m willing. But am I to be consigned to a life where I shall be stupid, boring and glum, like some righteous people I see? I know I must get along without liquor (drugs), but how can I? Have you a sufficient substitute?”

Yes, there is a substitute and it is vastly more than that. It is a fellowship in Alcoholics Anonymous. There you will find release from care, boredom and worry. Your imagination will be fired. Life will mean something at last. The most satisfactory years of your existence lie ahead. Thus we find the fellowship, and so will you.