There Really Is a God? One Addict’s Story of a Spiritual Awakening…

There Really Is a God? One Addict’s Story of a Spiritual Awakening… 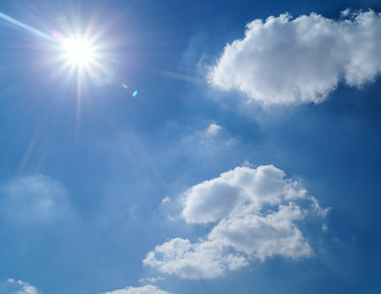 I always thought that religious people were either crazy, weak-minded, or both. It seemed they were trying to comfort themselves about the problems of the world, and their own deaths, by inventing a supernatural being that would solve their problems for them. Above all, I could find no concrete evidence for the existence of God, so I discounted Him. After all, if there were an omniscient, omnipotent being, wouldn’t He make His existence plain and undeniable?

When I was first exposed to the 12 Steps, I paid lip service to the idea of a Higher Power. The rest of the program seemed pretty good to me – I could understand the idea of a self-inventory, and it made good sense to try to repair the damage I had done. Likewise, I liked the idea of being able to help other addicts and alcoholics. I could not, however, accept the God idea. If I pretended to believe in God on the off chance that He existed, wouldn’t that be just selfish dishonesty? But people said “fake it till you make it.” Needless to say, I did not keep up with the prayer and meditation for very long.

What I was missing was the key ingredient for the 12 step program: Desperation.

After yet another relapse, and yet another failed suicide attempt, I found myself in the state mental hospital – again. I clearly remember what happened.

I was sitting in the day room, watching TV with the other patients and feeling sorry for myself. I was reading a copy of the AA Big Book that a friend had sent me, although I couldn’t concentrate on it for very long. Specifically, I was reading Bill’s Story, and it seemed like Bill was describing me exactly. Every other paragraph I would have to stop reading and collect myself before I started crying in front of everyone.

Eventually I was so overcome that I had to get up and leave.

I went into the bathroom and shut myself in a stall – the doors don’t lock in a mental hospital. I sat on the toilet and started sobbing. I knew I couldn’t go on as I had been and there was no doubt that I was going to die – either I was going to drink myself to death or I was going to wander out into the middle of the interstate and let a bus do the job for me.

I cried out for help. I said “God, I don’t even know if you’re there. All I know is I can’t do this anymore. I’m all out of ‘try’. I don’t care what I have to do – if you’ll just show me what to do, I’ll do it.” And the craziest damn thing happened.

I don’t mean that a moonbeam came down from heaven, or I heard angels with trumpets. I heard God speak to me – not with words, but in my bones. He said only, “I will.” An electric current went through my whole body. Don’t misunderstand, I wasn’t immediately overwhelmed with happiness, and all my problems didn’t miraculously melt away, but here was undeniable proof that I had been wrong about God my whole life. I knew, beyond any doubt, that if I would only go where I was led, I could be free.

I called my friend – who would become my sponsor – and told him what had happened. He told me there was work to be done now. He would tell me much later that he knew, at that moment, that I was on my way to recovery. His job as a sponsor was just to help me through the legwork of the steps, the hard part was done.

I didn’t know it at the time, but I took the first three steps right there in that bathroom stall. I didn’t write out a list of reasons I was powerless over alcohol, I didn’t say a specific prayer, I didn’t even think about the steps at all. I was just hopeless and defeated. I was desperate, and that was the key.

To this day, two and a half years later, I think back to that day and get chills. When I have doubts or fears, as we all do, I have only to reach out for guidance and I feel again the voice of God saying “I will show you.”

Everyone has their own experience, so do not think that it must be this way for you. You can recover no matter how you come into contact with God. Most people have a slowly developing awareness of their creator, I was just extremely lucky.