My Will and My Life

My Will and My Life 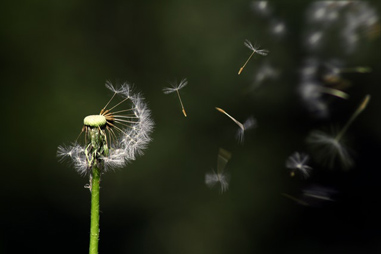 This was made worse by the actual working of Step Three. I didn’t listen to my sponsor the first few times I tried to work the Steps. I didn’t really hear the explanation or ask for one. I just did the prayer. I thought that if I just did it, the prayer would work. I would magically have turned everything over to my Higher Power. Shockingly, that didn’t work for me. I needed to understand what Step Three was before I could do it, and no one could teach it to me. This was not something that I could rush.

I did Step Three in a room in a treatment center by myself. My sponsor told me to read chapter one and write down anything that Bill did to get sober that I wasn’t willing to do. As I read through the chapter, I wrote the word “willing” over and over and over. I had attempted the Steps before and failed because I was not willing to do everything the Steps required of me. I manipulated and twisted the Steps to become acceptable to me. I did not accept them for what they were. I did not want to change completely. I just wanted to change the whole drinking and drugging thing. Everything else was working just fine for me thank you very much.

But I saw in the room that the game had changed: We were playing for keeps now. If I wasn’t willing to do everything required of me, then I would relapse. I would have to go back to the dead-end life I had been living, and that was not something I was willing to do. And so, in that room, alone, I became willing to do whatever the program asked of me. I don’t know how many times I scrawled the word “willing” across that Big Book, but I know by the end I was crying; I felt all the hairs stand up on my neck, and I knew something was different.

In that endless moment of willingness, I made a decision to change the way that I had been living permanently. A Higher Power wasn’t even relevant at this point. All I needed to do was devote myself to the program. I had prayed many prayers the first time I worked the program, and I had talked a lot about Higher Powers of various sorts, but I had never turned my will over to anything, much less my life. I had known what I wanted for my life, and I had felt that now that I was sober I could accomplish it. That attitude nearly cost me the thing I tried so hard to control.

I finally had to learn that devotion to the program was critical to success in the program. It took a relapse for me to learn that. I learned that I was complicating things, and that I didn’t even understand my Higher Power, and further, that I should stop trying. I needed the simple version of the program, CA for dummies, and so, instead of worrying about how the hell I was supposed to turn my will and my life over to anything, I learned that I needed to realize that it is just a decision to devote myself to the program of Cocaine Anonymous. Little did I know that in that instant I had also turned my will and my life over to a Higher Power that I have come to experience and love. All it took for me was a willingness to do the things I had avoided for so long, a willingness to devote myself to a new way of life, and a willingness to shut my mouth, stop arguing, and open my mind.