Grace for the Sick Man (and Everybody Else Too!)

Grace for the Sick Man (and Everybody Else Too!) 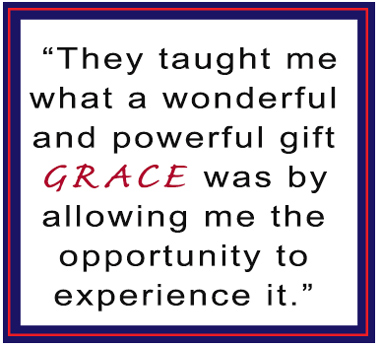 We realized the people who wronged us were perhaps spiritually sick.

Though we did not like their symptoms and the way these disturbed us, they, like ourselves, were sick too. We asked God to help us show them the same tolerance, pity, and patience that we would cheerfully grant a sick friend. When a person offended we said to ourselves, “This is a sick man. How can I be helpful to him? God save me from being angry. Thy will be done.” — Alcoholics Anonymous p. 67

This is known as the “Sick Man’s Prayer” to many of us in 12-Step fellowships.

Or should I say notorious.

Because our wrath, anger, resentment, passive-aggressive vengefulness, and righteous indignation are the stuff of legend.

So, a tool like this to avoid these harmful feelings and their resulting actions gets more use than a bachelor’s microwave.

I Had to Ask for Forgiveness…

As I worked the first 7 of the 12 Steps of Alcoholics Anonymous, I found that the world and its people were often wrong.

That was no revelation. I’d felt that way all my life. This world is pretty jacked up. No news here.

But this was the shocker — I was one of the “people” and I lived in the “world.”

So, that would mean that I was also often quite wrong, too.

So, then I set out to repair my part of that equation.

I realized I was the proverbial tornado in people’s lives and unfairly created a lot of pain and drama for them.

In a dignified and calm manner, asking for no sympathy, I humbled myself and owned my part in things. I took responsibility and inquired how I could make things right.

In nine cases out of ten the unexpected happens. Sometimes the man we are calling upon admits his own fault, so feuds of years’ standing melt away in an hour. Rarely do we fail to make satisfactory progress. Our former enemies sometimes praise what we are doing and wish us well. Occasionally, they will offer assistance. — Alcoholics Anonymous p. 78

What could that be called but grace?

In many cases, I received not only a pardon, not only forgiveness, but genuine encouragement and good wishes from people I’d treated really poorly.

I Learned What Grace Was

In receiving grace through making my amends in Step 9, I learned from these people’s examples.

They taught me what forgiveness and grace looked like by their actions.

They taught me what a wonderful and powerful gift grace was by allowing me the opportunity to experience it.

Another critical lesson I learned at this time was to have grace for myself.

I’d always been a perfectionist.

I was too small, too afraid, too socially clumsy, then too sarcastic and edgy… I’d become over time like a wounded animal.

I sought to overcome all that by setting very high expectations and crushing them…And everyone in my path.

I failed a lot.

I damaged a lot of relationships.

I had no remorse. I had no grace for anyone — especially myself.

Alcohol numbed all this pain, but, of course, there was a huge problem.

After they have succumbed to the desire again, as so many do, and the phenomenon of craving develops, they pass through the well-known stages of a spree, emerging remorseful, with a firm resolution not to drink again. This is repeated over and over… — Alcoholics Anonymous, The Doctor’s Opinion, xxix

When I sobered up and had to look at what I’d done while drinking… Ouch. More self-esteem down the toilet.

And then I was coming to realize another very painful reality: no matter how hard I tried, I didn’t have the willpower or strength of character to stop.

But, if so many of those people I’d treated poorly in the throws of my spiritual sickness and self-centeredness could show me grace… Maybe they knew something I didn’t.

They had just proven that I was worthy of grace.

If they could offer it to me, why couldn’t I offer a little to myself?

If they could do that for me, I obviously wasn’t as worthless as I thought.

I wasn’t the worst person in the world, and I didn’t need to be the best.

It was OK to just be me. Just be a kinder version of me.

That was a feeling I’d never known before.

Feeling so much relief, I began to feel good about giving other people a break from my expectations as well.

It was a process, but I began to comprehend the Sick Man’s Prayer on a deeper level.

If I wanted forgiveness and grace, I’d better be prepared to give it away, right?

It felt good to give and receive grace, and not to carry around the baggage of disappointment anymore.

The Cycle of Grace

In this limited amount of time and space, and in my own clumsy way, I hope I have demonstrated that just as there is a Cycle of Addiction, there is also a Cycle of Grace.

Our lives are so much more peaceful when we aren’t carrying around those horrible expectations of ourselves and others.

We can rest on the inside when we no longer ooze disappointment with ourselves and others. We call it being let down for a reason, you know…

It just spins round and round.

It’s way better than booze or drugs, and we’re way more likely to stay sober if we’re in the middle of a hurricane of grace.

Not Done with Grace

Now, listen carefully. This is where it gets important.

It is really cathartic, really awesome, to get over the giant resentments and long-standing grudges of the past.

That is huge, no doubt.

I do not wish to diminish that in any way.

But this is just the beginning.

Bill W. had this to say about his own experience:

My friend had emphasized the absolute necessity of demonstrating these principles in all my affairs… Faith without works was dead, he said. And how appallingly true for the alcoholic! For if the alcoholic! For if an alcoholic failed to perfect and enlarge his spiritual life through work and self-sacrifice for others, he could not survive the certain trials and low spots ahead. If he did not work, he would surely drink again, and if he drank, he would surely die. Then faith would be dead indeed. With us it is just like that. — Alcoholics Anonymous p. 15

If you get what this passage from p. 15 is telling us…

Why do you roll your eyes at people?

Why do you tell them to kiss your ass under your breath?

Why do you scream at other drivers?

IT’S SNEAKY DAILY LIFE THAT WILL GET US DRUNK AGAIN AND KILL US.

How effectively are you practicing this with all the little boring things that piss you off?

How about the lady in the supermarket aisle, standing in the middle, blocking everything and not moving?

Been to Walmart lately?

If you want to test your spiritual fitness, I highly recommend a trip there. You will test your level of grace in a Trial of Fire.

Grace — Can We Live in Humility and Calm?

The people at Walmart are human.

I screw up sometimes.

People are screwing up now and inconveniencing me.

But, I’ve done that before.

Hell, it’s alright. No big deal. Who are the Rangers playing tonight?

Give somebody a hug today.

Have a great weekend. 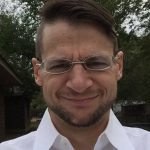 David S. is an alumnus of the SONTX Residential Program and served as a house manager.
He is celebrating sobriety running the streets of Dallas.